What a remarkable couple of months! So many new opportunities and projects, and grateful to so many people for their support and trust.

Net Impact event:
I was very happy to participate in the Corporate Social Responsibility panel alongside the heads of CSR of BBVA, Coca Cola and Telefónica in Madrid. Thanks to the Net Impact team and IE Business School for the opportunity to share our services to optimize social impact to generate a bigger contribution to society while benefiting the company's interests and providing value to all stakeholders. Talking about public - private collaboration, I expressed my firm belief that it is crucial to include society to be a part of the solution, since millions of people want to support SDGs but do not have a clear sense of what they can do, nor they have rewards, recognition or motivation to do so. We also talked about education innovation, about the role of communication and the importance of aligning interests and priorities to be able to move things forward.

FIN Portugal
A few days ago I had the pleasure to participate as speaker in FIN Portugal, an incredible event with relevant companies and institutions from more than 40 countries, organized by the AJEPC - Portugal-China Young Entrepreneurs Association, with the direct support of the President of Portugal. I was honored to share the panel with EDP, PWC and Lusoavia, the World Leading investment aviation platform from the UAE´s General Civil Aviation Authority.
City Sightseeing 20th Anniversary Conference
Last week I had the privilege to participate as keynote speaker in the City Sightseeing 20th Anniversary Conference. City Sightseeing is The world's leading open-top bus brand. The company that operates the tour bus in 100 cities across the world, including New York, Dubai, Paris, Athens, Berlin, Moscow or Toronto to name a few. Thanks to Enrique Ybarra, Founder and CEO, for the opportunity to share with all leadership our recommendations in international communications, influencer marketing and keys to success in the Chinese market.
China Central Television “远方的家” (Homeland Dreamland) Television Show
Two weeks ago was aired the CCTV 4 Show “Homeland Dreamland” where I had the incredible honor to participate as guest. In total 3 episodes of 1 hour talking about my hometown Madrid, Spain and sharing our ideas and personal experience working and living in connection to China. The audience of the show is massive, with more than 40 million viewers. It was a beautiful challenge and I am very happy that so many friends had the chance to watch it.
Chinese top star singer Han Geng photo and video shoot
With more than 53 million followers only on Weibo, Han Geng is one of the most famous singers in China. In a collaboration with Circles of Power magazine, we organized Han Geng´s visit to Madrid for a photo and video session that have already been published and share to millions of fans across China. Celebrities are key to promote brands and destinations, especially in China. Always a pleasure to do projects in collaboration with stars that have such a big influence to develop beautiful promotion actions.
Chinese Top Reality Show “My Dearest Ladies” co production
Shot this april and aired a few days ago, “My dearest Ladies” is a Chinese Reality Show from Hunan TV, the largest entertainment TV channel in China, and broadcasted also in Dragon TV, featuring 8 top Chinese celebrities. With a production team of more than 190 crew members, it has been a great success. Months of work of preparation are all worth it when you see the result. Brought to us by the European Travel Commission and Atlas International, it has been an honor to be a part of the show, with an estimated viewership of 100 million people.
Horasis India Meeting Panel chair
This sunday I will chair a roundtable in the Horasis India Meeting, an event organized by Horasis, a global visions community dedicated to inspiring our future, co-hosted by IE University and the Confederation of Indian Industry (CII), where 300 members of the Horasis Visions Community will gather to jointly inspire India’s future. We will discuss macro trends, relations between India and Europe, innovation, technology, challenges and collaboration opportunities.
CEU University Master in Public Relations and Events organization
Last week I had the chance to teach a class on Public Relations, Social Impact and Entrepreneurship in CEU Business School. I had 5 hours and I figured that the best way to provide value to the students would be to do 1 on 1 coaching sessions with each student after sharing some of our projects and key takeaways. So happy that the feedback was positive and they got a clearer vision of what they want to achieve in life and how to get there. I cannot stress enough the importance of starting from the goals and vision to determine the best strategy, instead of just thinking of the short term next steps that normally take us to lose sight of why are we living and working in the first place. First, goals, then, strategy. Make every step of your career help you get closer to your vision and I guarantee you will achieve greater levels of success with less effort in shorter time and with bigger rewards. Every class is an opportunity to innovate, to create something new, to build new relationships and to discuss what really matters to them. We can give 5 hours or 5 years of theories they are not interested in, or we can talk about their lives and how whatever we know can really help them to be happier, achieve their goals and provide value to society.
Jiangsu tourism influencer campaign
In april we did an influencer campaign for the beautiful province of Jiangsu that was a great success. We collaborated with 3 influencers with more than 10 million combined followers that did 21 posts, generated more than 1.5 million views, 110.000 likes on Instagram, Facebook and Twitter. Working with influencers can generate massive reach and engagement with limited budgets, but it is key to find the right KOLs, find a good creative approach that matches them and create value to the brand or destination, the audience and the KOLs themselves.
Angela Qi in Real Madrid - Evergrande - Manbetx - LaLiga - activations
Very proud to see my wife do such an amazing job presenting events, digital TV Shows, creating content and helping communicate top executives in the soccer industry. Here you can see her with Real Madrid President in a business lunch with Evergrande Group´s President, Mr Xu Jiayin, the richest person in China, held in Madrid the same day of the Champions League final. Also, here you have some screenshots of the show she does for LaLiga and Manbetx, one of its sponsors, and one event organized by Arowana sports with LaLiga Legends a couple of weeks ago. We have great news because the show is going to be renewed and possibly expanded for next season! Will keep you updated 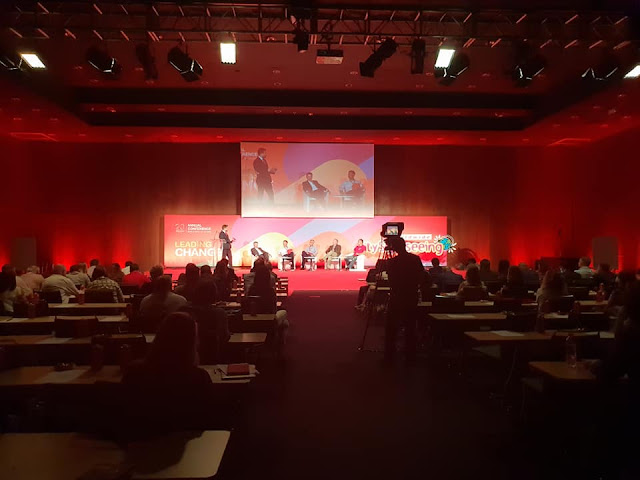 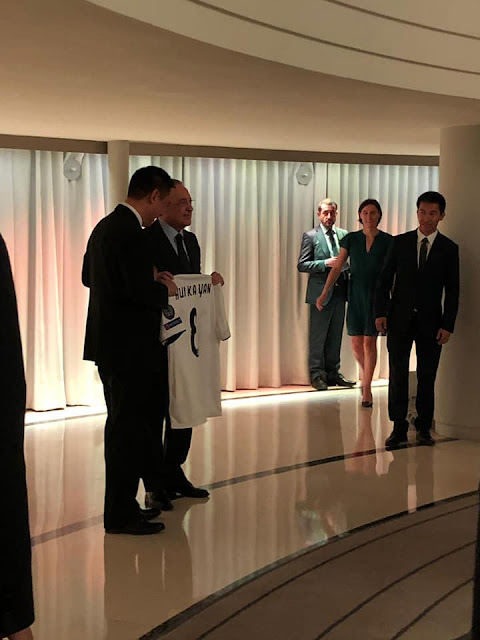 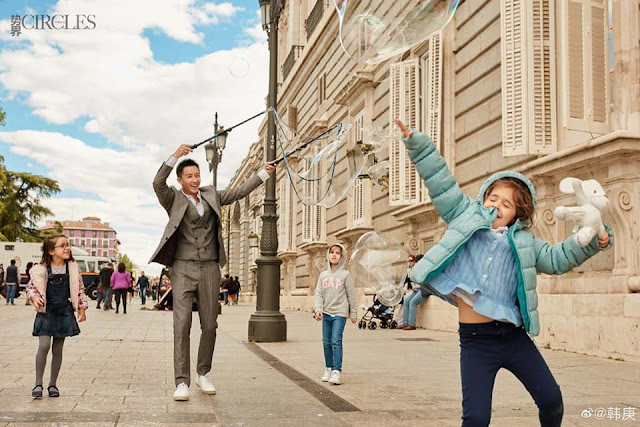 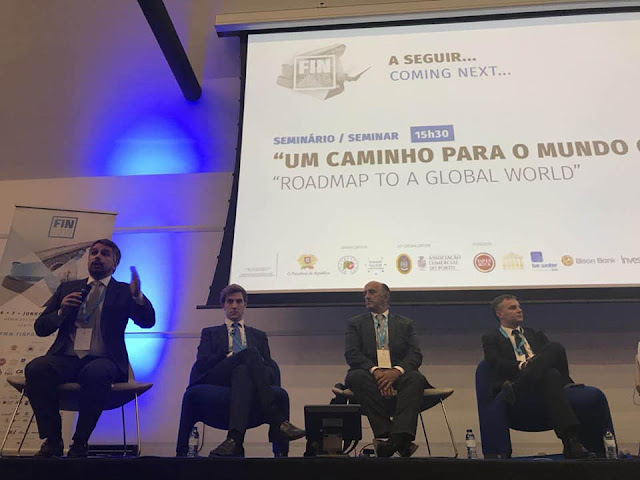 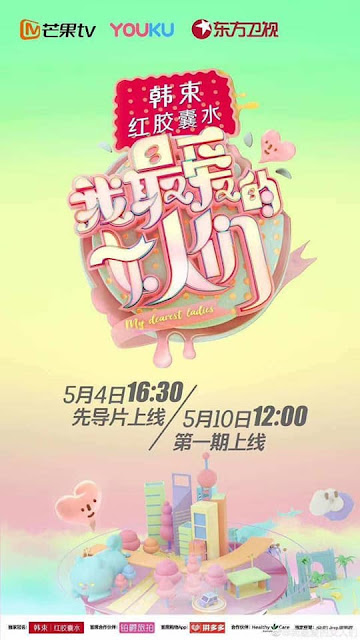 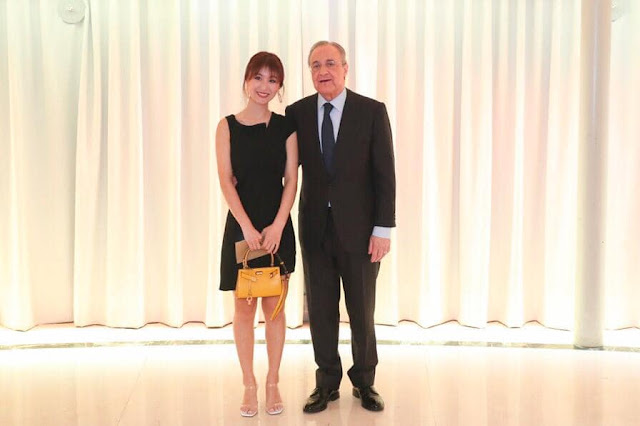 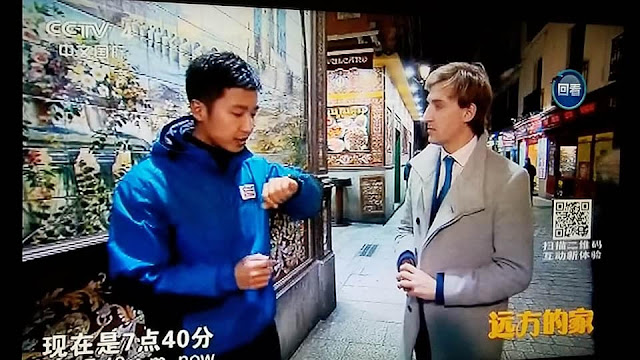 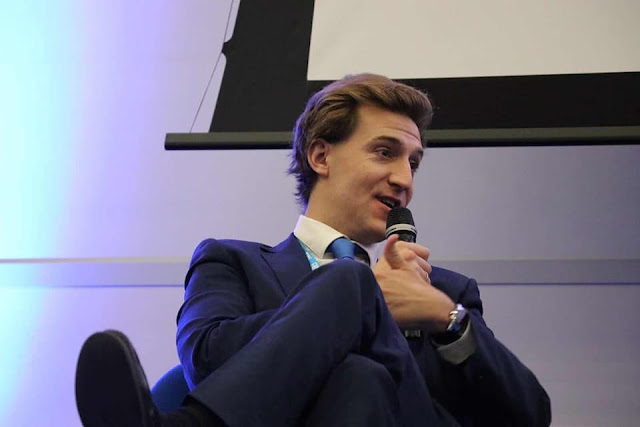 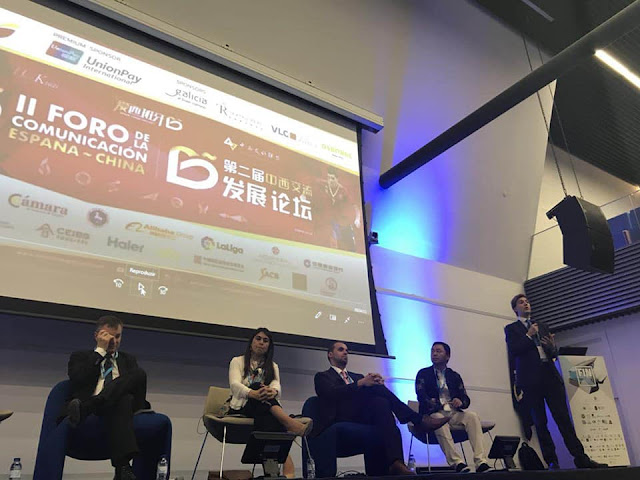 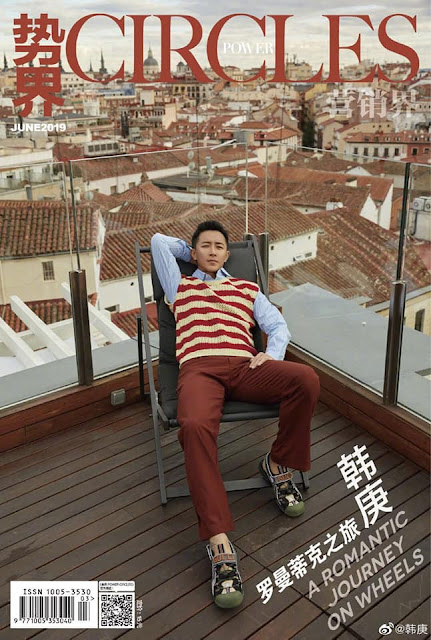 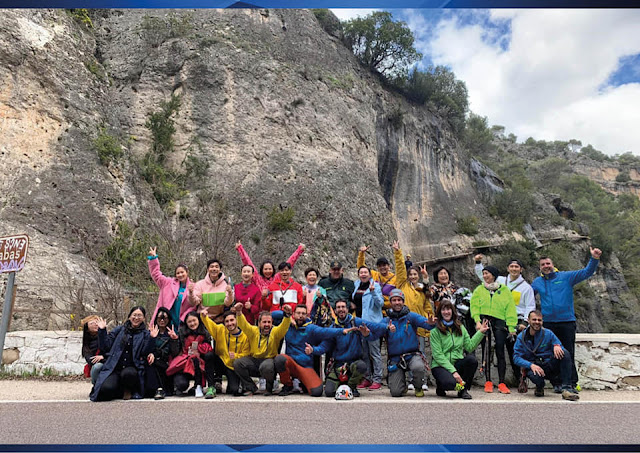 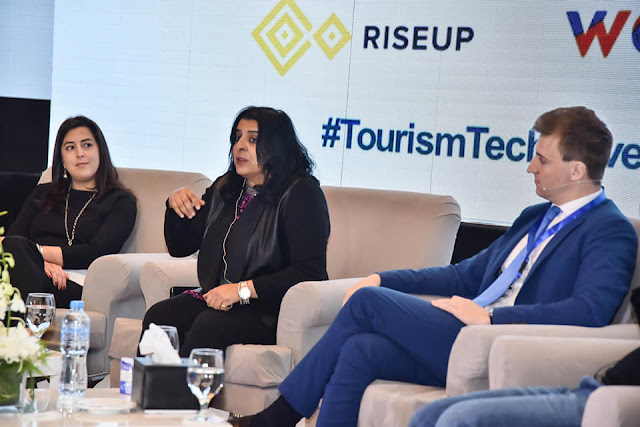 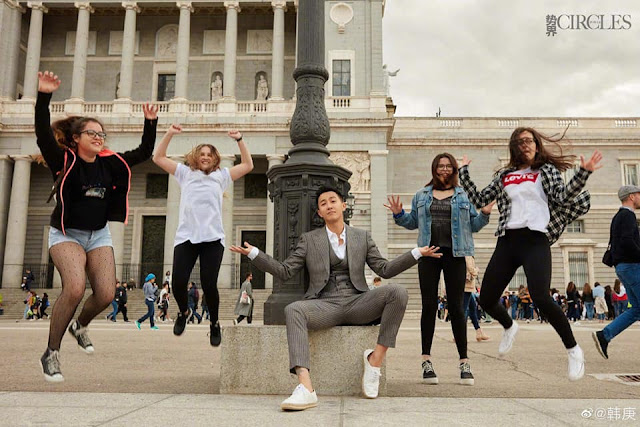 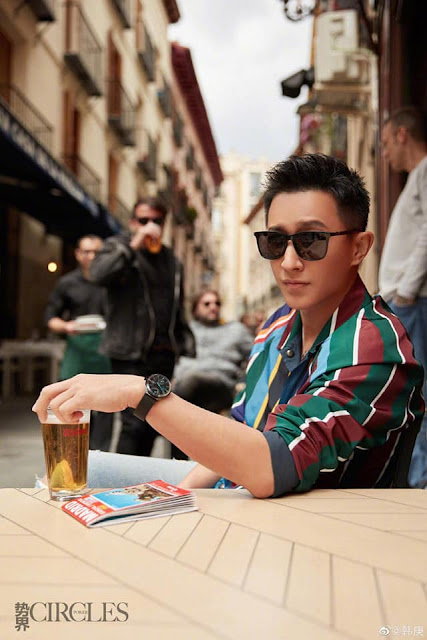 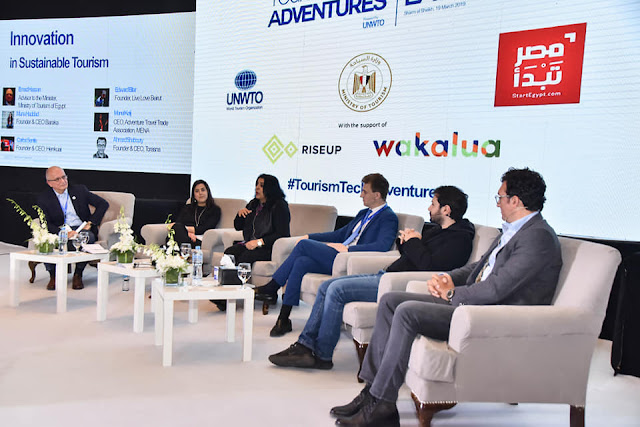 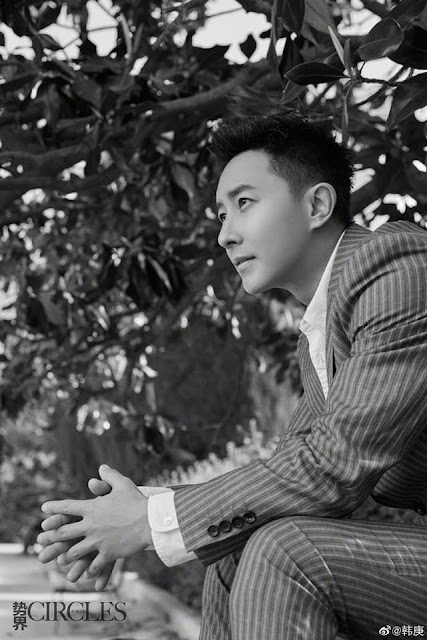